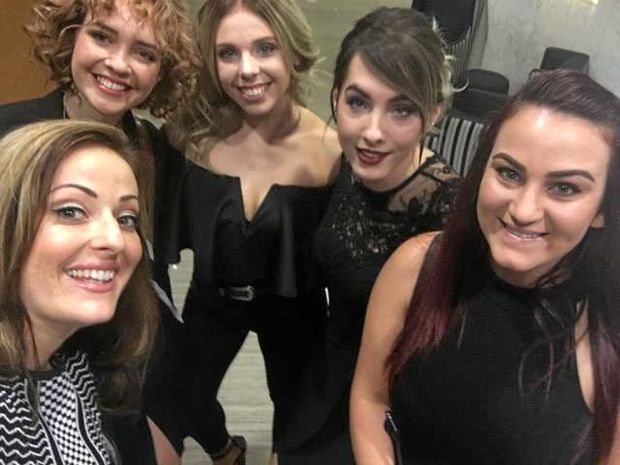 The owners of the Sunshine Coast’s top three voted salons have revealed the secrets to their success.

More than 1000 people voted in the Daily’s Best of the Coast poll to find readers’ most-loved hairdressing salon.

Becky Anderson has never needed to pay to advertise her Caloundra salon – her customers are all too happy to spread the word.

Miss Anderson believed this was the secret to her success that placed her on top of the Sunshine Coast’s Daily’s Best of the Coast rankings.

“I think it’s just having clients that aren’t just happy with their hair, they’re raving fans, and they’d do anything to tell a friend,” Miss Anderson said.

She said that meant new clients who had been told about her salon were excited, rather than nervous about trying an unfamiliar hairdresser.

“You kind of already have a rapport… it’s more of a warming experience,” Miss Anderson said.

She said the salon had a fantastic atmosphere because the hairdressers, including Miss Anderson, worked as a team on every customer.

“It’s never one hairdresser,” she said.

“We kind of try and make a plan together because two heads are better than one.”

The hairdressers collaborate, rather than compete to be the most popular with customers.

“It makes it a pleasant, fun loving environment.”

It also means it’s much easier for the team to fit in extra appointments, because customers aren’t overloading any particular hairdresser.

“You can try your luck on the day of, because I’m really bad at saying ‘no’,” Miss Anderson laughed.

The salon was launched four four years ago, after Miss Anderson moved from Brisbane.

At first she relied on her old clients who travelled from Brisbane to the Sunshine Coast for a salon treatment, but word soon travelled among her local customers.